The Letters
of Jacob and
Maria Rolandus 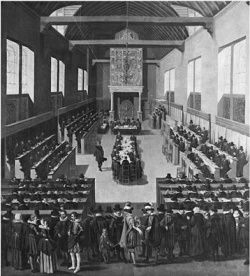 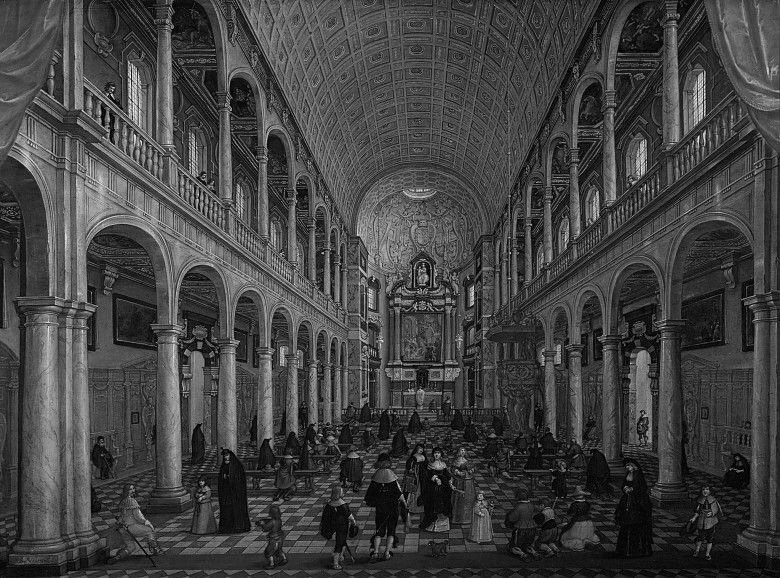 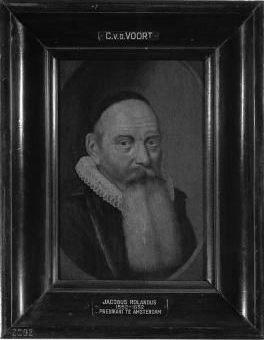 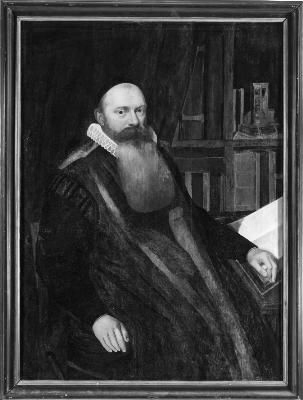 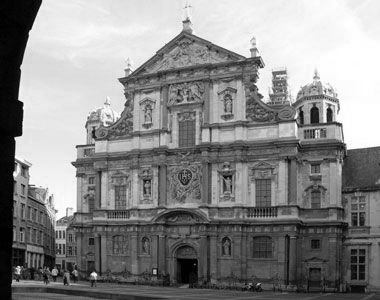 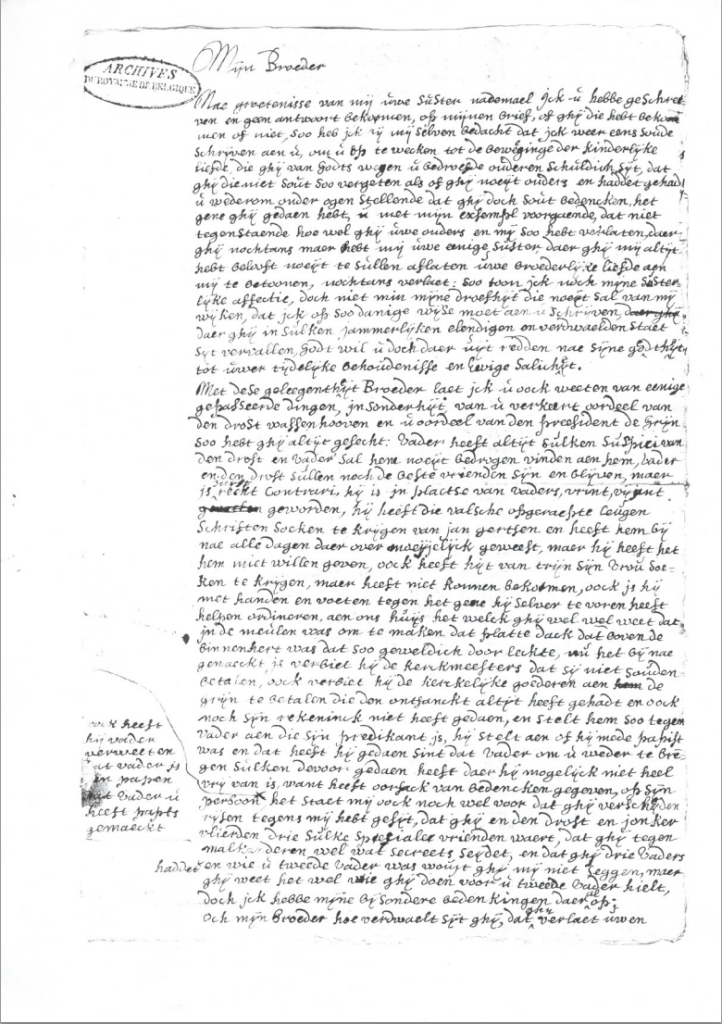 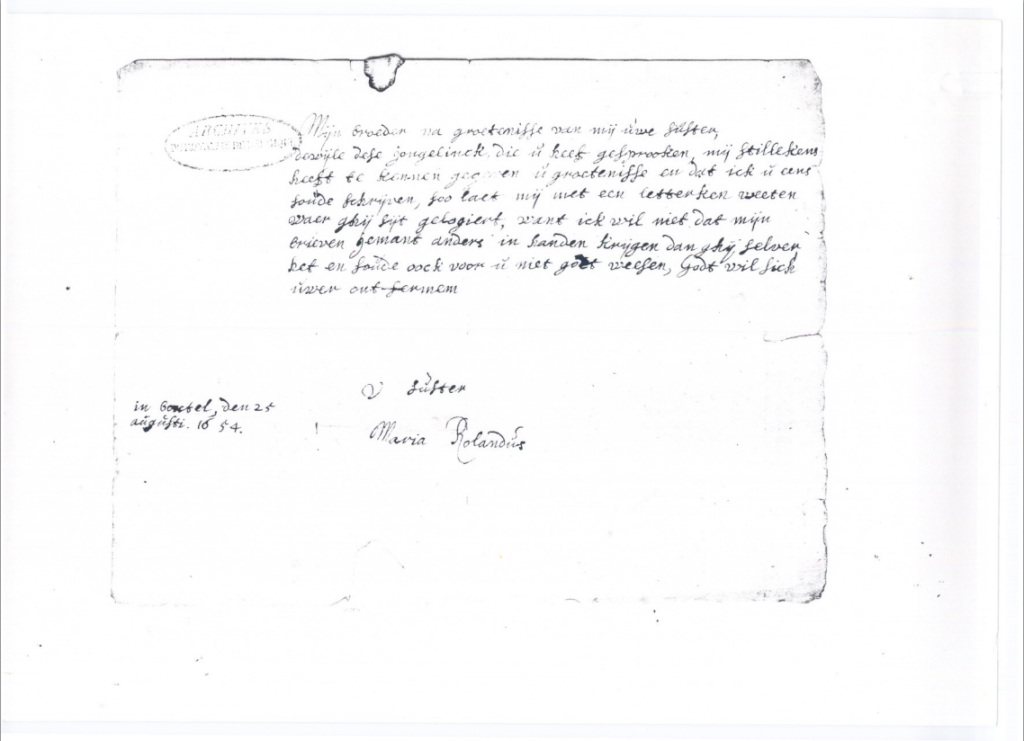 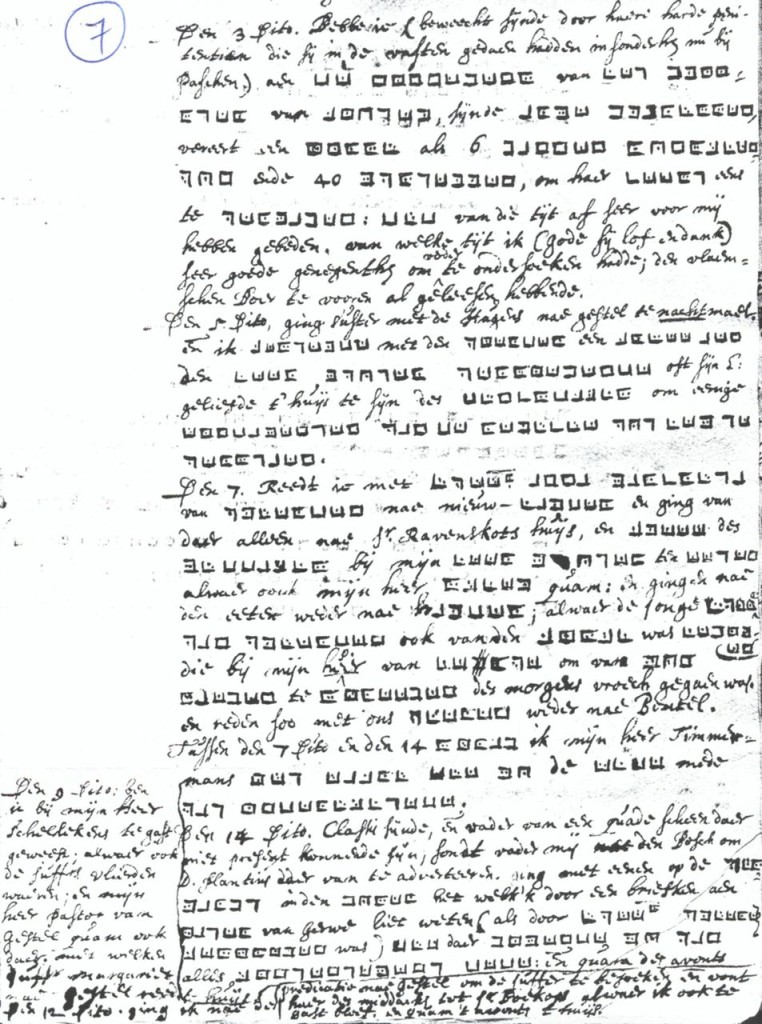 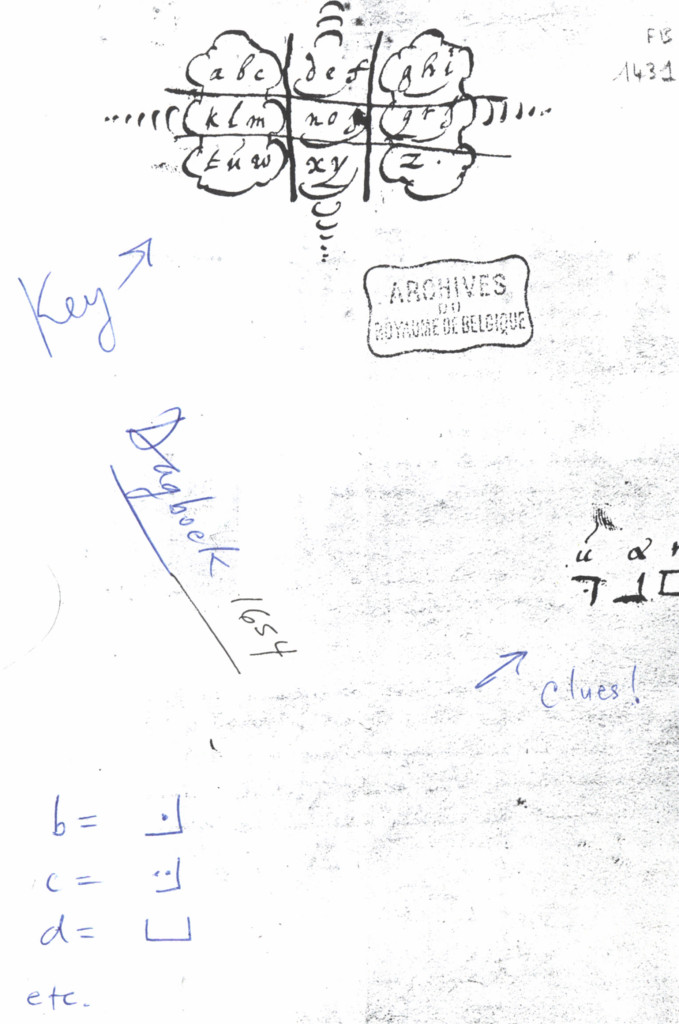 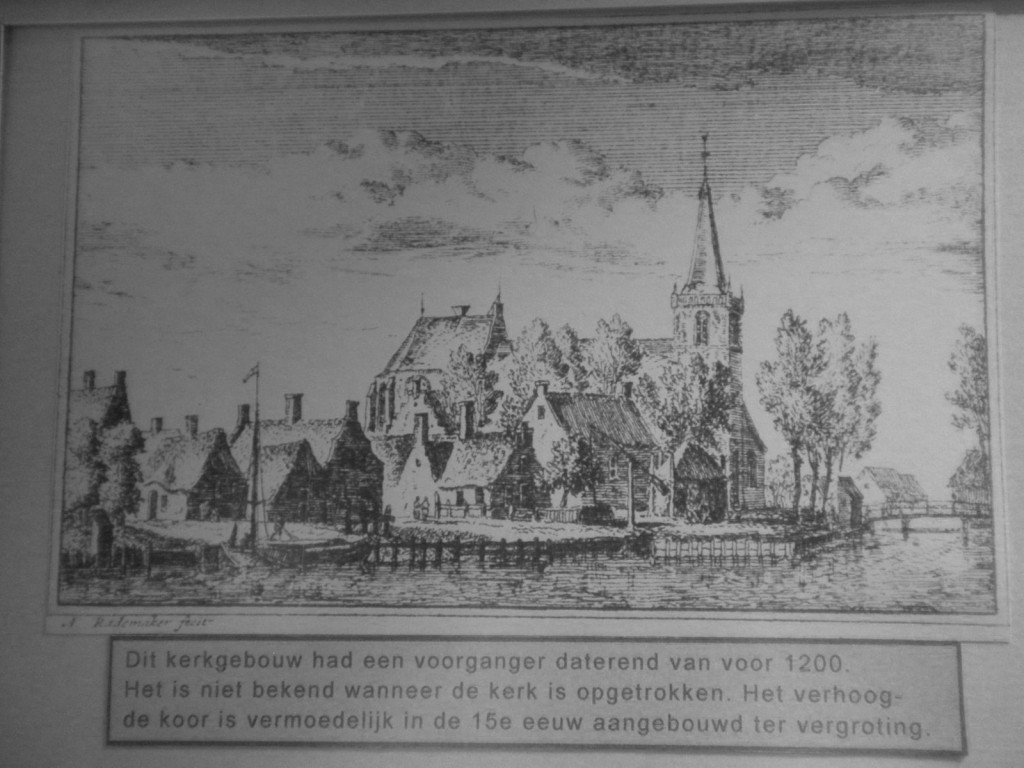 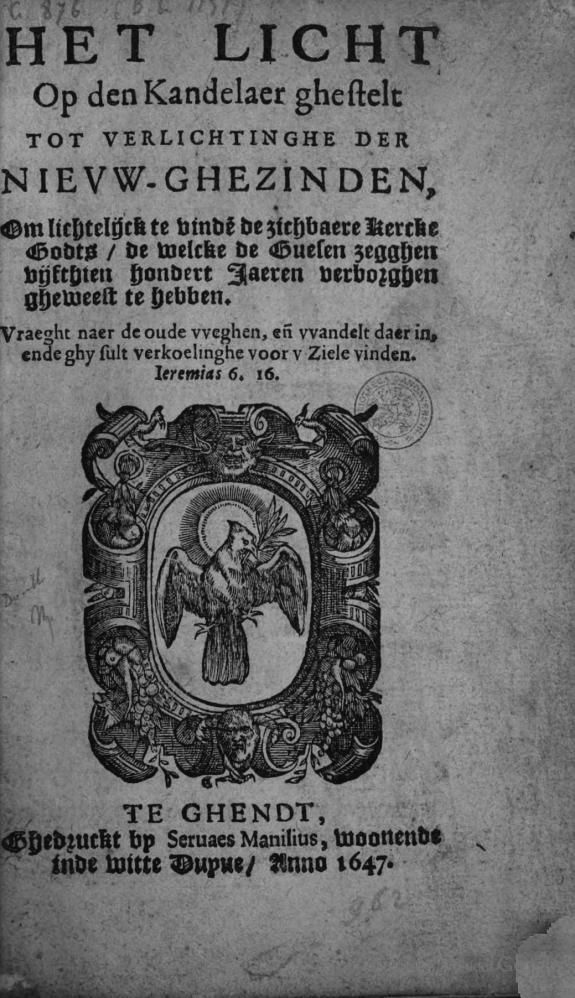 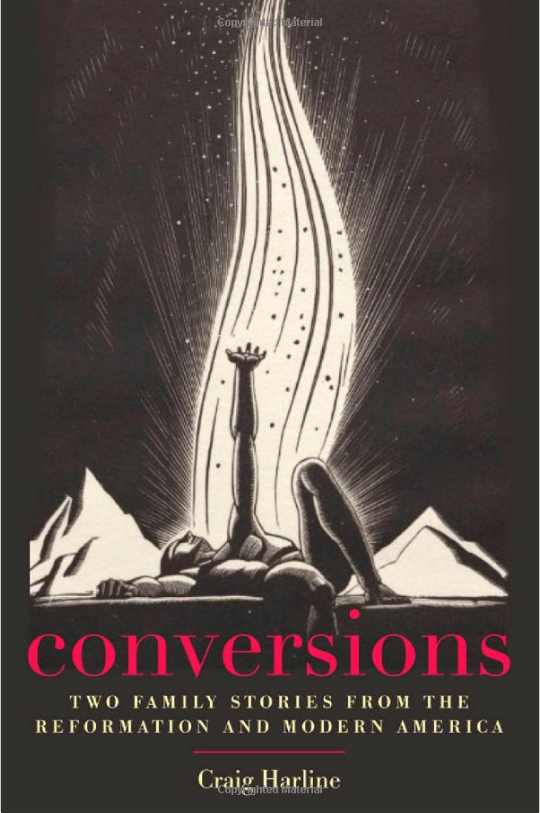 Find this book on Amazon or Yale University Press

This powerful and innovative work by a gifted cultural historian explores the effects of religious conversion on family relationships, showing how the challenges of the Reformation can offer insight to families facing similarly divisive situations today. Craig Harline begins with the story of young Jacob Rolandus, the son of a Dutch Reformed preacher, who converted to Catholicism in 1654 and ran away from home, causing his family to disown him. In the companion story, Michael Sunbloom, a young American, leaves his family’s religion in 1973 to convert to Mormonism, similarly upsetting his distraught parents. The modern twist to Michael’s story is his realization that he is gay, causing him to leave his new church, and upsetting his parents again—what will they do now?

Recounting these stories in short, alternating chapters, Harline underscores the parallel aspects of the two far-flung families. Despite different outcomes and forms, their situations involve nearly identical dynamics and heart-wrenching choices. Through the author’s deeply informed imagination, the experiences of a seventeenth-century European family are transformed into immediately recognizable terms.

The story of how this book came to be is actually told in the book itself, so I’ll just tell it briefly here. As usual, it started by finding some fantastic document in a dusty archive, in this case the diary of a 21-year-old Netherlander named Jacob Rolandus, who recounted in jaw-dropping detail his conversion in 1654 from his family’s Reformed religion to Catholicism, and all the trouble it caused. But after piecing the story together, something kept nagging at me—which was that this old story, even more than other old stories I’d studied, felt terribly familiar. And this time I wanted to say why.

What could an old Reformation story possibly have to do with life right here and now? I decided that a good way to answer that was to tell alongside Jacob’s story a similar conversion story from the present—a story that was of course different in the details and context, but that in essentials seemed a lot the same. But which modern story to tell? I’d heard a lot of them over the years, at church and as a missionary and as a historian, but finally settled on the one nagging me most—that of an old friend I knew as a young man, and whom I call Michael Sunbloom.
His story starts out just like a Reformation-era conversion story, moving from one religion to another, but then it takes on some obviously modern twists that might, I thought, help a modern person grasp the Reformation story more deeply than if it were told alone. Maybe Michael’s story could help modern readers understand what it might have felt like for a Reformation parent to watch a child follow a new way, and Jacob’s story could give Michael’s story, and our own world, more depth than we knew was there.
Readers’ Reviews

Selected as a Choice Academic Title for 2011

Selected as a Top Ten Book in Religion by Publishers Weekly, for 2011

Finalist for the Mark Lynton History Prize, 2012, awarded by the Columbia School of Journalism and Harvard’s Nieman Foundation to a non-fiction work that “best combines intellectual distinction with felicity of expression”

Nominated for the Louisville Grawemeyer Award in Religion

“Harline has done deep research, but the story wears it lightly, as both compelling narratives roll down parallel tracks. A beautiful book, illuminating in a time when almost half of Americans report switching religions.”

“Once I started, I could not put it down. It is hugely compelling. All the narrative skills which are so apparent in Harline’s earlier work are now bent towards a purpose which shows what history is for: illuminating present concerns through wise, informed, and serious reflection upon the past. A superb, important book.”

“A beautiful and moving book. Harline is a master at narrative and at making the most painstaking research look effortless. These two unconnected stories required very different approaches, yet Harline’s writing binds them together with an odd, yet arresting symmetry, overflowing with integrity and insight.”

-Carlos Eire, author of Waiting for Snow in Havana: Confessions of a Cuban Boy

“An absorbing, creative book…. It will definitely become a go-to book for readers interested in the history and psychology of conversion.”

“This bold work builds on Harline’s deep knowledge of early modern Europe to forge powerful connections with events and people close to the present–all in the service of exploring themes of trans-historical significance. Harline’s gifts as a writer enable him to describe, to evoke, to analyze, in seamless combination. Readers will be moved not only by his portrayal of the main characters; they will feel as well the tremors of connection to their own lives.”

“Though every inch a professional historian, Harline writes accessibly, personally when appropriate, and so vitally overall that those he writes about become near-tangibly human, protagonists more than subjects. Here he piquantly tells the stories of two families devastated by a son’s defection from the family faith.”

“An engaging and compelling read. His honest depiction of the deep emotions involved in the conversion process engages readers in asking important questions about the role of families in shaping religious identity, and about the struggles individuals undergo when moving from one religious community to another. But what is most important is the deft way in which this book reveals that contemporary questions sometimes parallel, in surprising ways, older stories from different contexts. This creative, engaging work shows why history matters and invites readers to learn from the past.”

“…a highly readable and in many ways fascinating exercise in ‘narrative history.'”

“Captivating…Most memorable is Harline’s account of the mingled angst, affection, and anger that prevailed between the Catholic convert and the Protestant family he left behind…. Harline does a superb job of interweaving two unusually interesting life stories…beautifully written.”

“The uniquely intimate approach is one reason to read Conversions, and makes it highly suitable for book groups, sermon anecdotes, or recreational reading…. Harline has produced a moving and valuable book. His narrative style uncovers the drama and relevance of seemingly stale historical accounts.”

“What to read this fall: Torres, Harline, Eugenides, Hollinghurst.”

“An unusually readable book that offers a beautiful image of the attitudes and feelings of people who are confronted with religious diversity and with differences in sexual orientation.”

“A compelling account of two families who experienced the trials of conversion. … a remarkable story… the account is moving, charged with moral tension and relational complexities…. The fact that this book even raises such questions is an indication of how engaging it is.”

“Historians and religious studies scholars interested in the lived religions of testimony, conversion, and the family will find much to think with in Conversions. Scholars of Mormonism, the late Reformation, or the religious history of sexuality will also find material of interest. As to the classroom, this imminently readable text is well suited for upper-division undergraduates and graduate seminars. I can think of only a handful of other works that so directly challenge a reader to think about the conventions and assumptions that inform how scholarship in the humanities is made, presented, and, hopefully, read.”

-Christopher Cantwell, the Journal of Religion

“…a moving and innovative example of cultural history…. This is the kind of book one wants to pass on to nonacademic friends or discuss in an undergraduate classroom….a beautifully written, humane book.”

“I have never seen put more clearly or potently the divisions that occur in families because of religious differences. Conversions is great storytelling, combining history and heart in a splendid, remarkable way.”

-Carol Lynn Pearson, author of Goodbye, I Love You

“…highly readable, fascinating… you should really read the book.”

“Converts of any kind will find part of their own story in this book….. Harline is a master storyteller…the opening pages, describing Jacob’s flight from his parental home in the middle of the night, are worthy of a gripping novel…. Conversions is a remarkable book,…and wants to be more than the tale of two families and more than a history book.”

“Conversions is not your average history book…. Whether one is religious or not, I think everyone will be moved by the story of Jacob and Michael and their families. Not to sound cliche, but if there ever was a gripping, heart-wrenching story, either conversion by itself would be enough. By telling them in conjunction opens up not just historical questions, but also broadens the emotional and personal terrain.”

“…magnificent…. If your life has been affected in some way by conversion or deconversion, either your own or a family member’s, read this book. It’s fresh, and insightful, and wonderfully human.”

“It offers ‘significant scholarly contributions while also embracing stylistic innovation…. The structure of the book also invites readers into the world of a practicing historian…. The heartrending interpersonal conflicts involved in each story tie each narrative to the others, and–more importantly, Harline might hope—ties these narratives to the heart of the reader.”

“Harline is an eloquent writer…and it is often easy to forget this narrative is based on documents nearly four centuries old…. The narrative is fluid and readable, and I had trouble putting the text down…. While much of the narratives focused on issues of conversion and tolerance, I was taken aback by the lesson of empathy: the ability to place yourself in the other’s shoes.”

“I picked up Conversions by Craig Harline Saturday…and finished it Sunday. What an unexpected joy!… One of the most important aspects of Conversions is Harline’s inclusion of the disruption the conversions cause in the families and social circles of the converts…. No one is left unscarred…. Of particular note is that Harline…has taken the time to notice and understand that the coming out process for the gay man is parallel to the experience of both the individual and the family and social circles of the religious convert…. Conversions is a journey well worth taking.”

“Conversions author Craig Harline took a gamble in finding common themes between two conversion stories involving two different religions nearly three centuries apart…. Harline’s ability to weave together what was obviously immense background research makes for a successful link…. His recounting of these stories will appeal to lovers of history, Christians and religious enthusiasts alike, aside from those who are struggling with their own faith.”